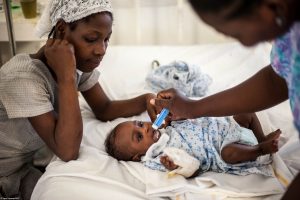 Because children’s health is important.

Truly legendary, at 57 years old, Sophie la girafe is a part of all our pasts. Made from 100% natural rubber, this iconic infant stimulation toy takes on a new fight this year. An essential babies and children’s companion, she stimulates the five senses from the earliest age. This is why more than 50 million children have loved her since her creation and grown up with her. In 2018, Sophie la girafe is putting their international reputation to use for a great cause; the health of the most vulnerable children. 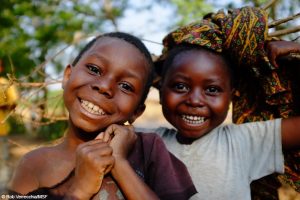 Starting March 2018, Sophie la girafe is inviting parents from around the world to join her in helping the most vulnerable children, in places where measles remains a threat. A simple gesture; through the purchase of a Sophie la girafe award gift set, Sophie la girafe commits to funding the equivalent of 3 vaccines against measles with Médecins Sans Frontières (Doctors Without Borders). This project will be in operation in more than 80 countries where Sophie la girafe is marketed and distributed, including Malta. Sophie la girafe is committed to provide a minimum of 150,000 vaccines.

“We are proudly carrying this project as partners of Sophie la girafe and are touched deeply with what we are giving. With children in need being a concern to all, we feel that through this generosity we will be able to provide glimmers of hope to the less fortunate who face such an illness,” said Raymond Mintoff, Managing Director of Paloma Cosmetics Ltd., exclusive distributors of Sophie la girafe in Malta.

Measles is a viral disease that is spread by droplets of infected saliva in suspension in the air and is one of the most contagious diseases. It is estimated that one sick person could contaminate up to 18 other people (compared with 10 for mumps and 2 for Ebola). This pathology represents a major danger, especially among children under five years of age. The mortality associated with this disease has declined sharply over the past 30 years, but the objective set by the WHO in 2000 to reduce the number of deaths by 95% by 2015 has not been reached.

Doctors without borders was founded in 1971 as a new brand of humanitarianism. Nowadays, it has over 30,000 volunteers in more than 60 countries across the globe providing emergency medical care.

We use cookies to ensure that we give you the best experience on our website. If you continue to use this site we will assume that you are happy with it.OK