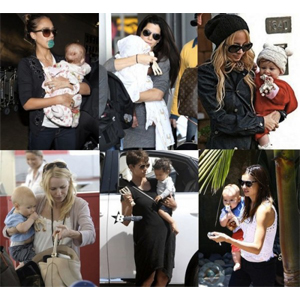 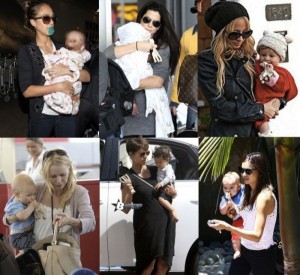 MAY SEES THE BIRTHDAY OF SOPHIE LA GIRAFE
The teething toy used by Jessica Alba, Sandra Bullock, Nicole Ritchie, Naomi Watts, Halle Berry and Miranda Kerr to name a few (well…used by their babies). Made from natural rubber that is derived from the sap of the Hevea tree, Sophie became a success in France where she originated due to her unique design that not only brought relief to hard-to-reach molars but entertained babies through her appealing look and squeaky tummy. Over the years, she has become a very popular teething aid in many other countries including the USA where she even made an appearance in the hit film Three Men and a Baby. To this day, Sophie is still made in France, by Vulli. (You can read my review below.)

So to mark the occasion of Sophie’s 54th birthday, celebratory campaigns are taking place all over the shop (play on words totally intended) including at Roseberry Cosmetics here in Malta. Absolutely Prabulous is joining in the celebrations by giving you the chance to win a Sophie La Girafe teether. Details of the giveaway are below after these quick reviews.

As part of the birthday celebrations, Roseberry gave me the teether as well as two gorgeous creams to try out.

TEETHER
Now, although I’m having a devil of a job trying to get two of my kids dry at night, all three of mine are long past the teething stage. So I gave this product to someone who has a 9 month-old baby girl.

THIS IS WHAT MY FRIEND SAID:

She absolutely loves chewing on it. It’s the only teether that has interested her. It looks sweet as well and is easy for her to hold. My only issue with it would be that the hole that the squeaky noise comes through appears to be open, allowing water to go inside it. As long as one doesn’t soak it it should be ok. I’ve washed it twice and there doesn’t appear to be any water inside it. Might be good for the manufacturer to reassure parents that the hole stops and doesn’t allow for stale water build up inside (if that’s the case, I can’t really tell). Anyway, very high marks for being her favourite toy, and one she can safely chew on.

WHERE CAN YOU BUY SOPHIE LA GIRAFE IN MALTA?
You can buy this product at Roseberry Cosmetics, Republic Street Valletta and all Mothercare outlets.

FACE CREAM
As for the Face cream… well I hung onto that myself! I have lived in Malta for almost nine years and the quest to find skincare for my children that is not chock full of synthetic additives, parabens and chemical fragrances has been totally frustrating. Although the face cream does contain two forms of alchohol which made me a bit nervous, I have to admit my kids are love love loving this cream, having used it for the last ten days (at the time of writing). We love things like shea butter, blueberry oil, vanilla bean oil and sunflower seed oil in my house.

BABY PROTECTION CREAM
I was also lucky enough to be given the Baby protection cream. At the time of writing, this is still in use by a friend as it lasts a while and her initial feedback has been very good. The jojoba oil, shea butter, coconut butter, lavender water and white tea extracts are just up her street and she has currently stopped using her previous cream which was the standard ‘conventional’ pharmaceutial nappy cream.

WHERE CAN YOU BUY SOPHIE LA GIRAFE?
Both creams (which boast almost a fifth of their overall composition as organic) as well as the rest of the Sophie la Girafe skincare range are available at the Roseberry Cosmetics store on Republic Street, Valletta.

DISCLOSURE
These are unbiased reviews for products that I received free and two of which were tested by third parties. I have not paid these third parties to test the product or attempted to influence them to provide favourable feedback. I have not been paid by Roseberry Cosmetics to write these reviews.

GIVEAWAY FOR MALTA-BASED READERS!
I have a Sophie La Girafe teether gift box to give away courtesy of Roseberry. There’s no complicated competition requirement asking you to jump through hoops (pherYEW!)…just a no muss no fuss prize draw. All you have to do is log in either via Facebook or email in this box right here and follow the comments instructions in the next box that comes up. That’s it! The entry period ends midnight 27th May and is open to entrants in Malta only. The winning name will be drawn May 28th and announced on here and on my Facebook page and contacted directly via email.

WE HAVE A WINNER
CONGRATULATIONS ANA V! You’ll be contacted via email to provide your address details. Thank you to everyone for taking part.